The Working Group was formed in May 2016.

The study of the global food value chain and its pro-competitive regulation is one of the priorities of the BRICS Competition Authorities. The report prepared by the Working Group was the first serious advancement of the BRICS cooperation in the competition law and policy field. The production and consumption of food for the global economy, as well as the social importance of the food market for the economy of the BRICS countries cannot be overemphasized. Thus, the work and policy recommendations produced by the group are built upon in-depth analysis and research conducted by the HSE-Skolkovo Institute and UCL Center for Law & Economics under leadership of Prof. Ioannis Lianos. It was prepared in the context of the BRICS competition authorities' cooperation, launched by the Memorandum of Understanding signed between the BRICS authorities in May 2016.

The purpose of this Working Group is to understand the mechanism for the development of the global food value chain and to analyze the problems faced by the BRICS countries, caused by the globalization of supply chains and the globalization of production in the food industry. Discussion within the framework of the Working Group focuses on the problems of the economic concentration of world food markets, monopolization and inequality of market power in the global food and supply chains, as well as processes that affect consumers and the market structure in the BRICS countries.
The main attention is paid to new technological and legal forms of production and supply of products, the legal nature of relations arising between the subjects of the supply chain - in particular between producers of biotechnological seeds and fertilizers and farmers, between producers and retailers, etc. A comprehensive discussion of these issues helps to develop antimonopoly regulation approaches to the analysis of socially important and innovative markets in the BRICS countries.

The comprehensive work done by the HSE-Skolkovo Institute and UCL Center for Law & Economics. The report is the first serious outcome of the BRICS cooperation in the competition law and policy field.

Nurturing the New Competition and Innovation Policies in BRICS

Topics of food, competition and innovation in few slides

Ioannis Lianos
Chief Research Fellow at the HSE-Skolkovo Institute for Law and Development, Professor of Global Competition Law and Public Policy at the UCL
SHOW ALL PEOPLE

news
BRICS Draft report on Global Food Value Chains published
The comprehensive work was done by the HSE-Skolkovo Institute and UCL Center for Law & Economics under leadership of Prof. Ioannis Lianos. The report is the first serious outcome of the BRICS cooperation in the competition law and policy field. The preparatory work on this report was conducted in the course of the Joint Working Group on the Global Food Value Chains established by the BRICS competition authorities back in 2015. The first interim results of this work were presented in May 2016 in St. Petersburg.
Innovation Agriculture and Food
news
Alexey Ivanov on RBC: "In the modern knowledge economy, pricing loses its signal function"
Institute Director gives an expert’s opinion on the RBC report on the regulation of e-commerce and the adoption of the Fifth Antimonopoly Package. 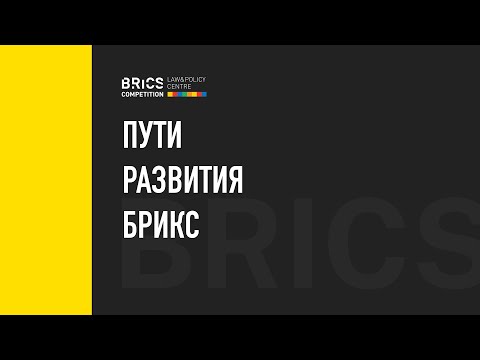